The Steve Cohen article is a great read. I had the pleasure of seeing Steve's show in a completely different venue, a small summer playhouse theater, in Clayton, NY. It was one of the best magic shows I've ever seen. The audience was enthralled throughout and Steve got an amazing response.

I would love to see Steve Cohen perform live. The clips I've seen of him on his web site look great . Eagerly anticipating reading the article in Genii (I just re-subscribed so I have to order Sept. as a back-issue) .

I really enjoyed reading Steve's book Win The Crowd:Unlock the Secrets of Influence, Charisma, and Showmanship .

My wife and I caught Steve's show a few years back when he brought it to Miami. Just great!

I have read Steve's book twice and cannot recommend it enough.
I have a bunch of little sticky notes all over the book so I can easily get to the best bits.

I am happy to let you know of the posting of aninterview with Steve Cohen at MagicNewswire.com! You will thoroughly enjoy our chat with Steve and especially his discussion in the latter half in which he talks about what makes magic work.

In addition, I'll take this opportunity to share some very exciting news for our listeners. It is my pleasure to announce a new monthly podcast in which we will have a chat with the Chief Genii Richard Kaufman.

The first of these conversations will be posted tomorrow. In this interview, we talk about Richard's magical roots as well as the current issue of Genii.

Future monthly episodes will focus on a discussion of Genii as it is en route to subscribers and store shelves. We'll follow-up with in depth interviews with a performer featured in the magazine to whet your appetite.

PS - Subscribe to Genii Today and get a copy of one of Kaufman & Co's books for only $15!
Dodd
The Magic Newswire
DoddVickers.com
Twitter

Dodd, the interview with Steve was fantastic! I've downloaded it to my IPod, listened to it a couple of times. Great stuff!

This was a fabulous article, and long overdue. Amazingly, the mainstream press has covered Steve extensively, yet magic publications have scarcely covered his work. I thought this extremely well done. And what a cover!!

Richard Green wrote:Dodd, the interview with Steve was fantastic! I've downloaded it to my IPod, listened to it a couple of times. Great stuff!

Thanks so much Steve! Obviously, I do these as a way to give back to the art that I love and comments like these motivate me to continue!
Dodd
The Magic Newswire
DoddVickers.com
Twitter

To me, the coolest part of Mr. Cohen's success is the fact that he's recreated the lost craft of drawing room or "parlor" magic; and has done so in a most lucrative fashion. I congratulate him. The article was, indeed, most enjoyable.

Dodd, I failed to offer my thanks to you for your wonderful site. It's impressive and informative. You're achieving one of the things we initially set out to do with the IBM Web Portal (when I was interim executive editor). The Portal, I think, is getting there (with, I should note, my only very occasional input at this point, so the credit is due to Mel and the gang of folks whose names you'll find on the site).

I did an impromptu interview with a friend at a magic convention a few years ago. Having worked in and around commercial radio for a while, I found the technological aspects of putting on a "webcast" very interesting. The only other recorded interview I've done was as one of the original "22 greatest mindreaders in existence" (a nice ego boost, anyway), in Ben Cummings "Conversations with Mindreaders" project. I think these are still available from Ben, but am not sure. I really enjoyed listening to what other performers had to say, noting ways in which our thoughts were similar and often quite different. Your venture provides the same enjoyability factors, though I'm now retired from performing, I enjoy listening. So, a belated thanks for your very worthy efforts.

What's the price of admission for Steve's show at the Waldorf?

You can find out pricing and other info on Steve's website. Very reasonable.

000 wrote:What's the price of admission for Steve's show at the Waldorf?

It's not cheap, but it's SO worth it.

Thank us later. :)
Marketing for Magicians

Dont worry about me Mr Goat, how much ?

I see Mr S has answered your q. Really, I know the dollar is good for Brits visiting, but I would have paid double to see the show. I had front row seats and it was just WONDERFUL.
Marketing for Magicians 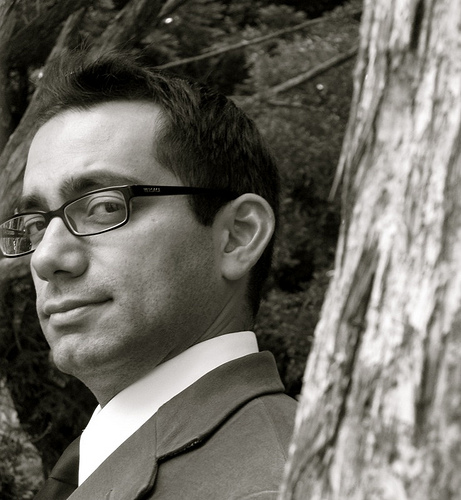 I saw Steve when he was in SF. A wonderful and magical show indeed! A year or so after that, myself and a friend happened to be hanging at Joe Pon's Misdirections Magic Shop and guess who walks in but Steven Cohen. We all chatted and hung out for a while. We grabbed a bite together and since he had to catch a plane we said, "Hell, we'll drive you to the airport."

Great conversation, and he's a kind and humble man.
I'm very happy to see Steve on the cover of Genii this month =)

Steve's profile was aired this morning on "CBS Sunday Morning." If you missed it the first time, you can watch it here
Dodd
The Magic Newswire
DoddVickers.com
Twitter

I also have to say I really appreciated the wonderful cover art of Steve Cohen by William Stout. (In my day job I work as an animator and character designer and I am a fan of Stout's work.)

Stout is a great artist and I'm also a big fan. He's a nice guy as well.
Subscribe today to Genii Magazine

Steve Cohen is the man, no doubt about it. ( even though I havent seen his act live)
I am referring to how he has taken a (cheapened) commodity,the art of magic,and made it beautiful. How? By pitching himself and his act as a priceless commodity, and the rest is history.( multi millionaire status included) Unlike other big names in the business, no need for huge auditoriums, new illusions, endless assistants etc.
If you read this Steve, I take my hat of to you. Take a bow.

Love that poster as well. Here is the original for those that haven't seen it:

Wow! What a great poster. Does Steve sell his poster??

I saw last Sunday Morning Show with the segment on Steve Cohen with Lesley Stahl and loved it. Very positive piece the way it was done and Steve Cohen really shined. This is all good for magic and I wish Steve Cohen all the success and wonderful things that come his way to continue as long as he wants.

This was a very good thing to have seen on television for magic.

Steve is now running the CBS spot on his web site (chambermagic.com). It is indeed excellent.

In addition, Steve (Along with Harry Lorayne and Mark Levy) were featured on NPR. We have the audio linked at MagicNewswire.com. Enjoy.
Dodd
The Magic Newswire
DoddVickers.com
Twitter
Post Reply
27 posts • Page 1 of 1