I made sure to "accidentally" bump into him as the theater was emptying, and nervously introduced myself to him. He was so nice--he said he knew my name from my blog, and then proceeded to describe the photo I have on the title page of it! I got to talk with him a little longer as we walked together in the rainy weather, and found them a cab back to their hotel. Really couldn't be nicer people. One of the most clever and brilliantly detailed writers of magic. The waits between books were long, but oh so worth it.
Click here to get Gerald Deutsch's Perverse Magic: The First Sixteen Years

What?! Holy cow! He wasn't old at all!
What a shock! What a terrible sad news.
Unfortunately I haven't had the pleasure to know him, but I really want to offer my condolences to his family and friends.
He was a GREAT contributor to card magic.
The Art of Card Magic owe him so much!
Your Magic will live for ever, Simon!
"The Passion of an Amateur Card Magician"
https://bit.ly/2lXdO2O
"La pasion de un cartómago aficionado"
https://bit.ly/2kkjpjn
Latest corrections, improvements and annexes update 14/07/2022

Oh, this is terrible news. What a loss. Simon was a titan of magic. My condolences to Ginny and family.
http://www.tomframe.com

What a great find, Bill. Many thanks.
Click here to get Gerald Deutsch's Perverse Magic: The First Sixteen Years

Thanks for the kind words. The one consolation about Simon's passing is that one can keep re-reading those books and learn something new each time.
Click here to get Gerald Deutsch's Perverse Magic: The First Sixteen Years 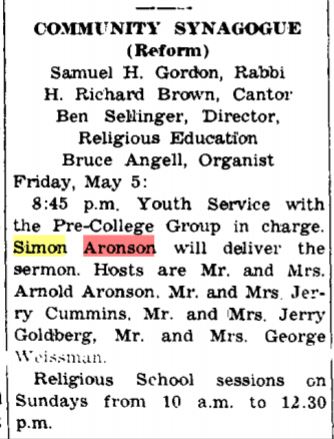