(I'm not sure where to put this, since I'm not involved in the auction, I'm only bringing attention to it.)

This is the set that Tommy used himself in performances, which might, or might not, be of interest for collectors.

Look at the beads on the back of the watch -- nothing left to chance, here . . .

Bill Mullins wrote:Look at the beads on the back of the watch -- nothing left to chance, here . . .

True! Since those beads are mentioned in neither the books nor the videos, I asked Frank about it. He replied:
-"Jos added those small rollers hoping that would make it easier to slide the watch of his wrist, but it didn't make any difference at all"

Some dude on Magic Cafe insisted that this auction was a scam by Frank, because the props didn't look the way he had decided Tommy's props should look like. So I made a screen capture from the DVD where those beads are visible: 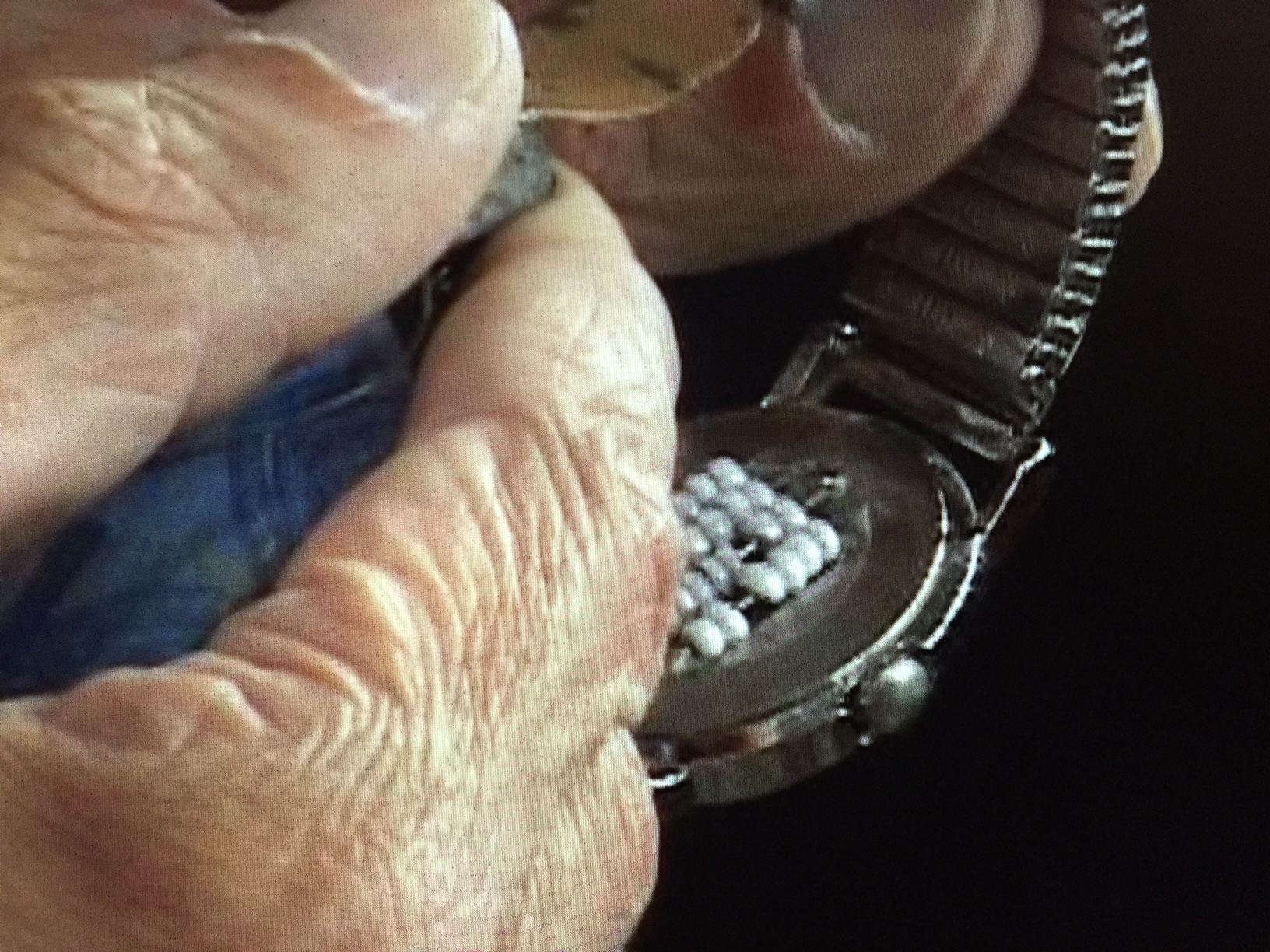 Not that the effort mattered, some moderator deleted the thread a few minutes later. Apparently it isn't allowed to bring attention to material by our best.
Stuff & more stuff

One day left of the auction.
Stuff & more stuff

Yes Tom...one day left! If you are a serious collector and also an admirer of Tommy Wonder this is an unique chance to obtain an original prop Tommy Wonder has used professionally during his (too short) career. See my posting on Instagram: https://www.instagram.com/p/Bbwtf2YllHD/

The current bid is currently up over $1300. A bit rich for my blood, but to a collector with the cash, probably a bargain. Tommy is one of the all-time GREATS, and that routine was unbelievable! For me, I will just stick with the very sophisticated and stylish watch I've been wearing for a long time. I can always figure out the time just by the position of Mickey's big hand and his little one...