Any estimation on the release of the DeLand book yet? Thanks.

I spent a week (that was 8 hours a day of solid scanning for 7 days) and am still not done. But then got sidetracked with FISM, the SAM convention, and now other things are taking my time. Still hoping for this year. Looks like it will be 600 to 800 pages, two volumes, full color.
Subscribe today to Genii Magazine

Richard Kaufman wrote:I spent a week (that was 8 hours a day of solid scanning for 7 days) and am still not done.

I am scanning fragile 100 year old pieces of paper of various sizes and shapes that I would not let anyone else handle. And there's so much, that the cost would be too high to use any of the companies noted in that article. I am doing thousands of scans.
Subscribe today to Genii Magazine

I guess it's about how much value you put on your own time. I started outsourcing menial tasks a couple of years ago, and although it is tough at first to pay for something you could do, when you do something instead that generates more money it makes sense.

However, that doesn't get over the fragility of the content you're scanning, so I'll just shut up :)
Marketing for Magicians

"I started outsourcing menial tasks a couple of years ago"

Stop whinging and go and do your show.

Damian, there's no way I would mail or courier the DeLand material anywhere--it's irreplaceable. So, just sending it to the company who would do the scanning is out of the question.

That's before we even get to the part about people handling hundred-year-old pieces of acid-ridden paper that are chipping and falling apart.

But I appreciate the thought! :)
Subscribe today to Genii Magazine

Isn't that what I just said?
Marketing for Magicians

To some extent, but not all.
Subscribe today to Genii Magazine

You need to realize that the whole purpose in having a kid was to have someone to do your chores.

So put off the book for another 10-12 years until your daughter can do the menial tasks.

Its what I've done with cleaning the garage and cutting the lawn.

I'm afraid my daughter is too busy excelling at math and science, two subjects in which I was an absolute dunce, to help her old man with any menial tasks.
Subscribe today to Genii Magazine

So How much longer for the DeLand book??? I think you had said this month it will release...
>Its Only MAGIC!!<

I am doing another sweep through the text for final edits. Didn't plan to do it, but thought it necessary. And it turns out it was a good idea. Am over halfway through.

Then I have to scan about another 500 items.

Then I begin layout (during which I have to learn how to use Photoshop and InDesign!).

But should be done in the next six months. My goal is to have it out by sometime in 2013. After over a decade of on and off work, it will be a relief.

The book (two 400-page volumes) will be all color, and the only way to do that is print-on-demand. But the company does beautiful work, and the books should look great.
Subscribe today to Genii Magazine

Always good to have an update on this splendid project. I'm really looking forward to it. Cheers, old boy! -jim

Thanks, Jim. Nice to know there are now 12 people who will buy it! :)
Subscribe today to Genii Magazine

Any plans to include a commercially made deck/packet of the gaffs (ala "Gaffed"/England)?

I am patiently waiting for this one want to see more of what he did since the couple of effects in the Convention Bag got my attention from a historic stand point.

Finished the scanning just a few minutes ago.

There's a hell of a lot of work to do on the images: all have to be color corrected and knocked out of the background.

But, as Mr. Racherbaumer would say, onward! Progress is being made.
Subscribe today to Genii Magazine

I've been fortunate to help a little with research on this book, and to see drafts of the text.

Trust me, it will be great. I had no idea of the extent of DeLand's creations. He single-handedly changed the face of card magic for amateurs. And the story of his personal life is (tragically) fascinating.

DeLand is waiting until Tenyo is out the door.
Subscribe today to Genii Magazine

Thanks for that link, Richard!

Coincidentally, a couple of weeks ago I ran across "The Phantom Cards" set that I made as a ten year old in 1960.

The directions were/are in Joseph Leeming's CARD TRICKS ANYONE CAN DO, page 184. Mr. Deland is uncredited. And it only took fifty-three years to get the facts!

Great line: "Put on your own magic show... Charge admission!"
Smiles all around
https://www.facebook.com/groups/SAM161CALENDAR/
SAM 161 - The David Copperfield Assembly
https://www.sam161.com/

Anyone have the 15 trick set from the cereal boxes? Anyone still have the boxes of cereal?

I have the cardboard standee.

kevinm wrote:Anyone have the 15 trick set from the cereal boxes?

Got a few of them. Since they were released individually, a whole set is hard to come by.

I'd love to get the others.

The video was made by Magic Makers, the company owned by Rob Stiff. He purchased certain items from the S.S. Adams company when they went out of business. One of those was DeLand's "Dollar Deck" (as it should rightly be called, but Adams mistakenly renamed it "The Automatic Deck" around 1919 or 1920).

I have to give credit where it's due: the version currently put on the market under the absurd title "The Million Dollar Deck" by Magic Makers is by far the best version of this deck ever printed. I think it's manufactured by USPC. The back and tricks are no different than before, but the quality of the cards is great.

It's hard to understand, 102 years after this deck was placed on the market, what an entirely new and ingenious idea it is. Imagine if you could look at the back of the top card of the deck and know the location of every card in the deck, and at what number it resides.

It will all be in my book.
Subscribe today to Genii Magazine

You got me hella' curious about Deland!

I never paid much attention to his work until you talked about your upcoming book about him. I imagine the same is true for most other magicians as well.

This is because DeLand must also be printed in color and I have absolutely no idea how many it will sell. Publishing books is an expensive proposition!
Subscribe today to Genii Magazine

Richard Kaufman wrote:... I have absolutely no idea how many it will sell. Publishing books is an expensive proposition!

Will the book alone will bring all those wonders into performable condition? Of course history has its value in the long term.
Mundus vult decipi -per Caleb Carr's story Killing Time

DeLand's genius was in eliminating sleight of hand from card tricks through the use of often original printed gimmicked cards. Virtually none of his tricks require any sleight of hand. And I mean "ZERO"--not even a Double Lift.

With the book and a deck of gimmicked cards (that I hope to provide) you'll be able to do the tricks almost immediately.
Subscribe today to Genii Magazine

Richard Kaufman wrote:DeLand's genius was in eliminating sleight of hand from card tricks through the use of often original printed gimmicked cards. Virtually none of his tricks require any sleight of hand. And I mean "ZERO"--not even a Double Lift.

With the book and a deck of gimmicked cards (that I hope to provide) you'll be able to do the tricks almost immediately. 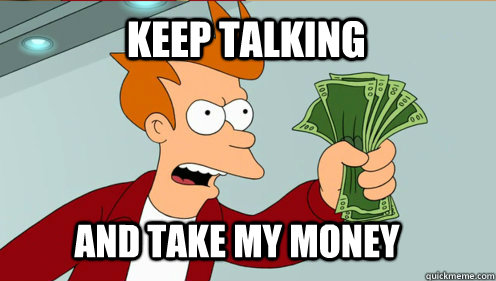 In the 80s I worked at a magic shop that sold the DeLand Automatic Deck. The other demonstrator told me it was a marked deck and that's how we sold them, primarily to non-magicians who thought they wanted to cheat someone. One day during a lull I read the sheet and was blown away. I still have the deck that I sold myself at the end of my shift. Looking forward to this book for certain.