I don't think it's been mentioned here yet, that David Blaine is appearing Monday (3/16) at The New York Public Library as part of the Library's Live from the NYPL series. David will be interviewed by the NYPL Live's director Paul Holdengraber who previously interviewed Ricky Jay. Aside from the interview, I imagine it will be a nice opportunity to bump into lots of folks from the NYC magic community.

I'll be attending. Pretty good deal if you are "Friend" of the library.

I attended and enjoyed the talk last night. To me David Blaine came off as authentic and likable.

He told a few stories from his childhood, including how he was first introduced to magic by a librarian at the Brooklyn public library, where Blaine would spend time after school while his single mom was at work.

He talked about what magic meant to him as well as some of the thinking behind his stunt work and how they both tie together. When telling an historical magic story about a half-man and his twin brother, he courteously gave credit to Ricky Jay, whom he noted first printed the story in one of his books.

One of the highlights of the night was when Blaine was interrupted by two protesters who stood up and shouted about "saving the NYPL books!" This is not a new controversy, but I suppose the protesters wanted to voice their opinion at this high-profile library event kicking off the 10th season of this discussion program.
Anyway, Blaine handled it like a pro, inviting the protesters on stage for a card trick. They seemed flummoxed by the turn of events, expecting rather to be thrown out. But Blaine calmly and respectfully performed the trick (despite some of their snarky comments), and received big applause before asking them to stay for the rest of the talk, and that he would speak to them about the "books" issue afterwards. This was definitely NOT a set-up.

The other highlight of the talk was when Blaine attempted a whole-audience mind-reading trick right after the card trick with the protesters. I say "attempted" because he messed up the ending of the trick completely, attributing it laughingly to the distraction of the protesters. He pointed out Bill Kalush whom he said had his face in his hands in embarrassment because of the muffed trick. Blaine then went on to talk about another time when one of his live shows went completely south, and how important failure is to growth.

Some reaction clips from his first special (as well as Harrison Ford's classic response to the card in orange from his latest special) were shown, and Blaine spoke about the beginnings of his character and the art of getting those responses.

The audience of what seemed like a mix of all types of New Yorkers and some tourists really seemed excited to hear him. I think lay audiences and especially the magic community are lucky to have had Blaine come on the scene. The Brooklyn kid who wore leg braces and came from a single parent home has done well for himself and his fans.

Thanks for the great account of this.
Orlando Magician

Apparently Blaine had a look at this (plus some Orson Wells stuff) beforehand: 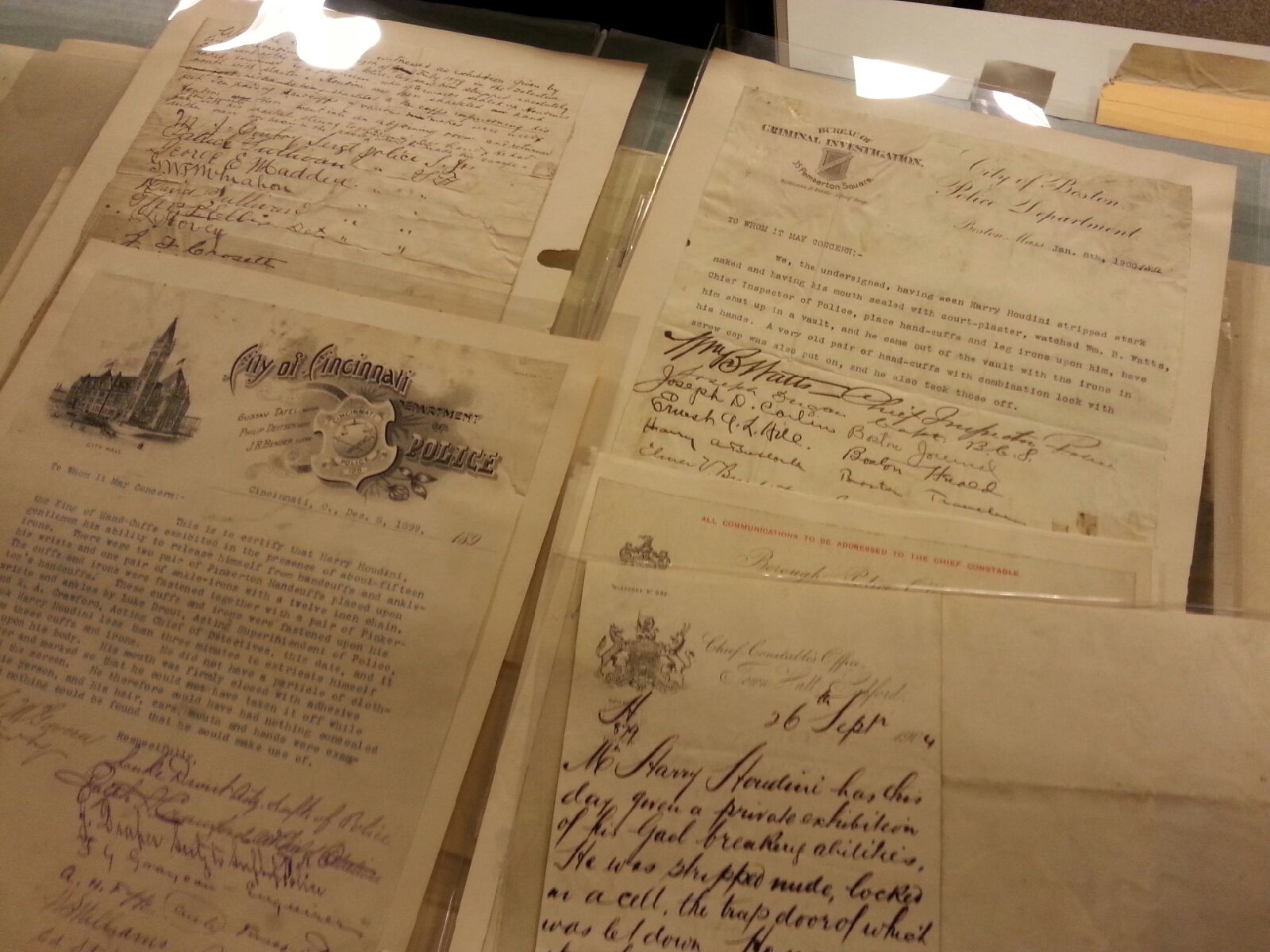 Here's my account of the talk which pretty much conforms to the one already posted with some different details. It's also more article-y in nature. As I say in the article, I thought the way that Blaine handled the protestors very much illustrated his strengths as a performer.