Arrived in Madison WI yesterday (Oct 15). Will Josh Jay be a regular contributor?

Digital comment: I miss Max's audio column this month. I hope he returns.

Ditto regarding Max. I believe he's on tour in Asia. I suspect he'll be back for next month.

Yesterday in the western suburbs of Chicago. Looking forward to seeing the video of the Aronson's act in the digital edition. 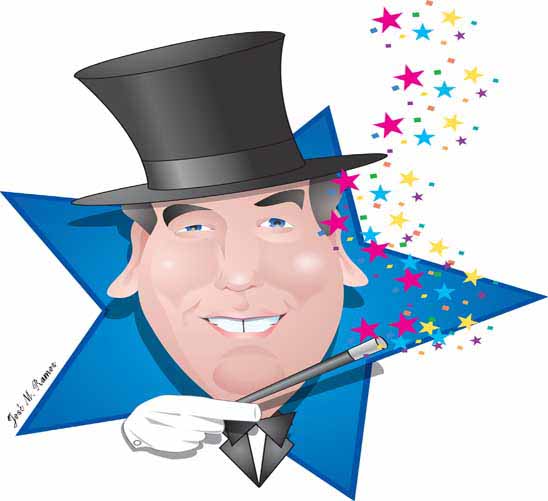 Arrived today in Irving, TX. I am looking forward to reading it this weekend!

Mine arrived today in NYC. Looks like a great issue. Also was happy to see Josh Jay's byline on the cover story and sad not to find Max's column. I hope he decides to continue it. Haven't had time to read much in the issue, but the Angelo Carbone trick looks amazing.

Thanks!
The digital version should be live as well.
Subscribe today to Genii Magazine

Copperfield is successful, but I don't think he's that good.

Arrived in Los Angeles on October 16.

Bill, I believe there were years where his ticket grosses were higher than your minimum calculations.
Subscribe today to Genii Magazine

Richard -- no doubt he is the most phenomenally successful magician in history. But there's no way to make sense of the $4B number.

You say he's had some years better than what I've calculated. Okay -- let's give him credit for 5 years at $200M per year. Where does the other $3 B come from?

His current MGM show is good for $50M a year (this year -- how much less were tickets when he started 13 years ago?)

In 2006, he claimed only a billion in ticket sales (a number which sounds much more possible) -- do you honestly think he's brought in $3B in the last 7 years?

Two years ago, he was claiming $3B. He hasn't sold $500M in tickets each of the last two years.

Copperfield is in the business of deceiving people. No doubt his publicist has taken a cue from the boss and is doing the same thing.

And again, I'm not trying to take anything away from Copperfield as a magician, a showman, or a business man. It's just that I'm an engineer, and when I see numbers, I check them out. It's a curse . . . .

Picked up today here in Southwest VA. Might have actually arrived yesterday, but today was the first chance I got to check. Looks like another great issue.

Take heart, Bill, the IRS is probably listening to those numbers too.

I think you've got a bit too much time on your hands - I wish I had the time to monitor the 'above the line' receipts of selected performers (and I'm a 'figures' guy too).

I think it's safe to say that everyone, especially in the business called 'show', tends to 'talk up' their successes.

Every wealthy person I've ever met gets audited regularly by the IRS, so I think he's covered on that count.
Subscribe today to Genii Magazine

Ha! Next thing you're going to tell me is that DC bought eleven islands in the Caribbean...

Is it me, or are the contributions from Simon Aronson (I Already Told You) and Dani DaOrtiz more than worth the yearly subscription cost of Genii? Just damn!

Electronic copy of the November issue is not appearing on my android tablet.

I did get the hard copy though.
Conjure Nation Forums - Vector Cards

Chris, the Android app was updated a month or two ago because of this problem. Did you update your app? Have you tried rebooting your tablet to see if it comes up?
Subscribe today to Genii Magazine