Your doorway to those rare collectibles that everyone is searching for: books, props, posters, cards, and paper ephemera are all here for you to buy and sell.
Post Reply
11 posts • Page 1 of 1

Bob Einstein, who passed away yesterday (January 2, 2019), wrote a book in 1970, shortly after losing his job as a comedy writer for the cancelled (but Emmy winning!) Smothers Brothers Show, in which he supposedly is shown performing magic with a coin, an egg, a deck of cards and a rabbit production from a top hat. Despite the title, this is not really a "magic book" but a spoof of magicians, much as his popular "Super Dave Osborne" character was a spoof of daredevils. The Einstein family has asked that funds be donated to a memorial fund in his name to support Leukemia and Lymphoma research (https://events.lls.org/pages/calso/BobEinstein) and I'll be donating any amount over $50 that this book sells for to that fund. Copies online seem to be listing for much more than that (another copy on eBay has a buy it now price of $99), so I'm hoping it does well. I haven't listed this in the magic book section of eBay, since it really isn't one, so here's a link to the listing, starting at just $9.99. Good luck!
https://tinyurl.com/yb7udf6f
http://www.hatchacademy.com/

A great book by Einstein. I have it next to the MAD book of magic.

Is that presidential candidate Pat Paulsen who is sweeping up?

Bill Mullins wrote:Is that presidential candidate Pat Paulsen who is sweeping up?

The same! He and Bob Einstein worked together on the Smothers Brothers Show just prior to this book. Paulsen is featured "sweeping up" on the last 5 pages of the book, and quoted on page 92, staring at the camera saying "THAT'S IT, YOU HAMBURGERS, THE BOOK'S OVER."

Here's a link to a copy of the book that sold in a "buy-it-now" bid yesterday for $99:
https://www.ebay.com/itm/This-is-My-First-Magic-Book-So-Im-a-Little-Nervous-Bob-Einstein-Out-of-print/173720506467
http://www.hatchacademy.com/ 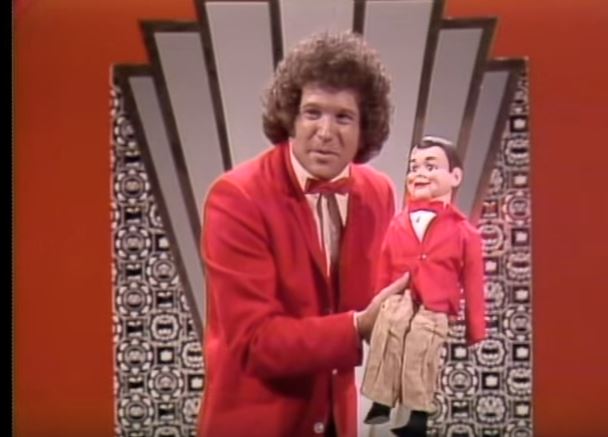 I wonder if Steve Martin was involved in this book -- he and Einstein were friends when they wrote for the Smothers Brothers (see Martin's book Born Standing Up).

Still a couple hours before the bidding ends...

Doug Thornton wrote:Still a couple hours before the bidding ends...

Happy to see that with a few hours left, this has already passed the threshold for donations in Bob Einstein's honor the memorial fund at the Leukemia & Lymphoma Society. Thanks to all who have (and still will!) bid on this. If you prefer to make a donation directly, here's the link to the fund:
https://events.lls.org/pages/calso/BobEinstein
http://www.hatchacademy.com/

PS: If the winning bidder is going to MagiFest in Columbus next week and wants to save the shipping charges by taking delivery there, I'm happy to hand deliver it.
http://www.hatchacademy.com/
Post Reply
11 posts • Page 1 of 1