Your doorway to those rare collectibles that everyone is searching for: books, props, posters, cards, and paper ephemera are all here for you to buy and sell.
Post Reply
34 posts • Page 1 of 1

I am dating a banned genii member. I didnt know this until now. All the items i am selling ARE MINE and not his. I am only using his paypal acct. because his is available and i didnt have one. I can assure you who have bought items from me that they will be shipped and you will have tracking numbers by tomorrow. I also want to say all my items that have not sold are now moving to ebay. I feel i am in a hostile enviroment and i do not feel comfortable selling here.

Wow Mr. Kaufman....instead of proving my point i thought you'd at least try to gain more users, not push them away....this is why the cafe is much better....i came here looking to see if this forum would be any better and i was WAY wrong.

Methinks thou dost protest too much. Rather than take a weak shot at Mr. Kaufman, why not answer some of the questions that have been raised in previous posts. Like, why was Jordini displaying false information in his posts? Is the name really Rosenberg? Which is it? Are you dating Jord Rosenberg?

What about those who have posted here saying that they purchased items and had never received them?

You can use the forum for whatever purpose you have, but all of your posts have been in the Collector's Marketplace. No contributions to any of the topics on this forum. If the Cafe wants you, go for it.

Mr. Kaufman doesn't need me speaking for him, but it is HIS forum, HIS rules and it doesn't bother me in the least.
It's never crowded on the extra mile.....

I must say, you two are very close. Not only do you use the same PayPal account, but you choose to use the same email address ID (only a new IPS) to sign up on the Genii Forum. That is one heck of a coincidence for someone who "didn't know" (mistakenly) he--excuse me--she was dating someone that was banned from this site.

And don't confuse caution with hostility. If, in what I consider the unlikely chance that you are telling the truth, your boyfriend used a phony name and phone number then proceeded to rip off people. He's quite lucky that the FBI has bigger fish to fry, because what he did is a federal offense.

I already answered the questions...I AM dating him and have been dating hm a while....i am already and have been a cafe member for a couple years with numerous good dealings and not one bad. Idk why jordan would rip anyone off....if he did i am sorry, but i want nothing to do with his problems.... i just came here to try out something new. If you are concerned about me i understand, ban me, but i will assure you everyone who i recently sold to will come forward tomorrow and say they are having no problems. I consider this my last post and ask Mr. Kaufman and any mods to remove me, and my posts....i dont want my info on this site anymore. Btw, check the ip addresses....not even close are they? I live on the other side of town. 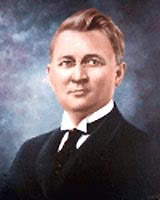 Is the name really Rosenberg?

Yeah, Julius & Ethel.
"Then he seized the pack."
"Do you like card tricks?"
Max Kelada

You forgot the third Tappet Brother, Clunk. :)
"Then he seized the pack."

No, they're not close. Jordini's posts came from Pennsylvania. Yours appear to be coming from Kansas.

I consider this my last post and ask Mr. Kaufman and any mods to remove me, and my posts....i dont want my info on this site anymore.

Another satisfied customer! :D
"Then he seized the pack."

I take that back -- it looks like it's coming from Kansas because that's right in the middle of the US. It seems the geolocation services can't figure out exactly where you are because you're using a proxy server, and the best they can say is you're in the US. It's a decent way to stay anonymous, assuming you're not posting your contact info anywhere.

The proof will be in whether people receive the items they've bought from you in a timely manner. Whining about your reception here and then saying that you'll go back to the Cafe isn't going to win you any sympathy.
Subscribe today to Genii Magazine

Please if you are an upstanding person, why don't you get your boyfriend to refund my money. Surely he would do that for the reputation of the fine upstanding love of his life.

Let me know how I can expect the money.

I have just been contacted with a request for the amount owed and what paypal account to send it to.

I will keep you all informed as to the results.

An e-check via paypal was just sent

Coinworker wrote:I am dating a banned genii member. I didnt know this until now. All the items i am selling ARE MINE and not his. I am only using his paypal acct. because his is available and i didnt have one. I can assure you who have bought items from me that they will be shipped and you will have tracking numbers by tomorrow. I also want to say all my items that have not sold are now moving to ebay. I feel i am in a hostile enviroment and i do not feel comfortable selling here.

Magicians don't have girlfriends who do magic!

Just as Larry, surely your boyfriend would not mind to send the money back to me?
Too much browsing, too much reading, too much learning, yet NOT MUCH practice ! *sigh*

kwok....pm me with the amount he owes

you'll have your money back today

I'll see if I receive a tracking number today before I complain.

Today I received a payment via Paypal. It is pending (unconfirmed) for 5 days. The amount owed was $30.

all items were shipped today with tracking #s.....anyone who still doubts my business can ask my buyers in 3 days how "bad" their deals were with me....shipped their items within the next business day and i promise none will be dissatisfied.

Maybe everyone jumped to conclusions before giving Sara a chance. She did make good on the price of the Doug Conn book, and I did receive a tracking number that my package has been shipped as promised.
I have no complaints whatsoever.

The concerns people had were not unwarranted -- there were several red flags raised here. However, it does seem that Sara is honest and legit. I would recommend that anyone who has done business with her be as vocal about their positive interactions as they were with the negative.

Since I am the one who raised those red flags, I will happily apologize to Sara once everyone is satisfied, so please post your positive results here or let me know privately if you prefer not to do so publicly.

Received my book and coins just now. All in condition as stated and there was even a coin purse included.

Happy customer.
Genii Lifetime Subscriber
Co-host Magic On the Side

I also received my book today as stated.

I am very pleased to read this. While there were very legitimate reasons for my concern, the seller has my sincere apologies.

Item and service was excellent.
Every day you wake up is a good day...

apology accepted...There will be a new batch of items going up on ebay soon too....thanks to all who are bidding...and one person got a hell of a deal on some lassen sets.....check them out.

I have received my money.

Thanks Larry (and those who have posted and have contacted me). And thanks again Coinworker.