The MCA on Erdnase!

Discuss the historical aspects of magic, including memories, or favorite stories.
Post Reply
2 posts • Page 1 of 1

The MCA on Erdnase!

Fans of Erdnase really need to check out the MCA. Issue 180 of Magicol will be dedicated to the book and the identity of its author. I think non-members will be able to buy the issue, but you might as well join this terrific organization. You'll probably have to pick up #180 as a back issue, but why not join? $40 for this great quarterly magazine is a bargain!

There will also be a limited edition book on the subject of Erdnase published soon that you will want to check out. Its all available at http://www.magicana.com/mca/index.php?vSec=abo 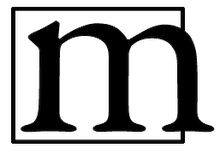 Re: The MCA on Erdnase!

We're happy to have anyone interested as a subscriber and you're welcome to join us for 2012.

We've closed off subscriptions for 2011, but the All Erdnase Issue will be available as a special limited edition booklet titled Erdnase Unmasked. It features the contributions from David Ben, Jason England, Richard Hatch & Hurt McDermott plus a reprint of a Martin Gardner piece on Erdnase which originally appeared in Magicol in 1951.

We expect the books to ship in early December. Copies will be available through your favourite dealer. Advance copies are available here: http://www.magicana.com/unmasked-book.p ... b=unmasked

You can also join us as a subscriber for 2012 here: http://www.magicana.com/mca/membership.php?vSec=mem
Feeling Magicol?
Post Reply
2 posts • Page 1 of 1