Discuss the latest news and rumors in the magic world.
Post Reply
62 posts

Doug Henning a beautiful human being....

I teach college. A couple weeks ago I mentioned famed test pilot Chuck Yeager and one of the students said "Who?"

RobertAllen wrote:I teach college. A couple weeks ago I mentioned famed test pilot Chuck Yeager and one of the students said "Who?"

It's the other side of nostalgia.

Vernon told me "You want to know about a great manipulator? The Great Manual, now he was something" and I had no idea about his work.

Steve Bryant wrote:Last week my young work colleagues, who are constantly looking for new movies to select from Netflix, admitted that they had never seen a Cary Grant movie.

My family and I are in the process of moving to a 100 year old farmhouse. It needs a little work and I've taken to asking people, "Have you ever seen the movie Mr. Blandings Builds His Dream House?" to describe what the process feels like.

Most people have no clue.

Doc Dixon wrote:... I've taken to asking people, "Have you ever seen the movie Mr. Blandings Builds His Dream House?" to describe what the process feels like.

Most people have no clue.

If you're setting up a nostalgia or history reference - good one. If you're talking about the experience of new homeowners... perhaps if you referenced "The Money Pit" more folks would get the idea. It's getting to be folks referencing "Gertie the Dinosaur" to folks who grew up with "Jurassic Park".

It's 2010 - and unless you are talking to folks in their sixties and seventies - Cary Grant is ... most likely remembered by references in cartoons. That's a clue.

Xmas In the beautiful country of Canada, and Doug Hennings annual World of Magic TV Specials ...WOW ! What a truly Incredible treat to a kid , Thank you Doug !

Sadly this new generation of Youtubers & Tv/ internet magi wannabees will Never get to experiance 'Real Theatrical" magic by an Actor/Magician & Artist such as Doug Henning.

You know you having made an impression on the Art of Magic and pop culture then even folks like the Amazing Randi were wearing tye dyed tee shirts and wearing love beads in 75 and even Now even in the hit Movie The 40 yr.old virgin Look whos poster is on the Stars bedroom door yep Doug's.

TV, Live stage productions, Commercials and Movies Doug Henning did it All ! 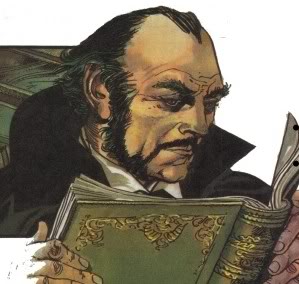 Richard Kaufman wrote:Why would you be ill? Ask someone under the age of 40 if they know who Robert Mitchum or Burt Lancaster are. When you get a "no," then you can feel ill.

Guess what Richard: He can feel ill.

I just took a quick poll of four people under 40 here in my office.

Three of the four had no clue who Robert Mitchum or Burt Lancster were. In fact, two asked if Mitchum had anything to do with the deodorant and one thought Lancaster was a former Major League pitcher.

The remaining one had heard of Lancaster, knew he was an actor, but couldnt identify any of his movies. Of Mitchum, he said, He was on TV, right?


Robert Mitchum - Thunder Road - Standard Memorial Day fare at local drive-in theaters:
Scene - Lucas Doolin (Robert Mitchum with a Camel hanging out of the corner of his mouth" roaring through Asheville, North Carolina in a hopped up '51 Ford with a trunk tank full of 180 proof pop skull:
"BALLAD OF THUNDER ROAD

Let me tell the story, I can tell it all
About the mountain boy who ran illegal alcohol
His daddy made the whiskey, son, he drove the load
When his engine roared, they called the highway Thunder Road.

Sometimes into Ashville, sometimes Memphis town
The revenoors chased him but they couldnt run him down
Each time they thought they had him, his engine would explode
He'd go by like they were standin still on Thunder Road.

(CHORUS)
And there was thunder, thunder over Thunder Road
Thunder was his engine, and white lightning was his load
There was moonshine, moonshine to quench the Devils thirst
The law they swore they'd get him, but the Devil got him first.

On the first of April, nineteen fifty-four
A Federal man sent word hed better make his run no more
He said two hundred agents were coverin the state
Whichever road he tried to take, theyd get him sure as fate.

Son, his Daddy told him, make this run your last
The tank is filled with hundred-proof, youre all tuned up and gassed
Now, dont take any chances, if you cant get through
Id rather have you back again than all that mountain dew.

Roarin out of Harlan, revvin up his mill
He shot the gap at Cumberland, and screamed by Maynordsville
With T-men on his taillights, roadblocks up ahead
The mountain boy took roads that even Angels feared to tred.

Blazing right through Knoxville, out on Kingston Pike,
Then right outside of Bearden, they made the fatal strike.
He left the road at 90; thats all there is to say.
The devil got the moonshine and the mountain boy that day." :D

Speaking of Doug Henning, he will receive the Legends Award from Canadas Walk of Fame. Here's a bit from the story (link below):

Henning, the most successful magician of his generation, is being honoured with the Legends Award, given posthumously to Canadian pioneers. In his first television special, in 1975, he recreated Houdini's water torture escape trick before a live audience. That show was seen by 50 million people.

Latest on historicty and what happens when the Grandfather Paradox meets the Santa Clause:

*** to a free read of the latest, where folks can find out how this generation answered the call of Bradbury's *** and keeps alive that sense of wonder Doug Henning valued so dearly.

Perhaps if you place a copy next to *** something interesting will happen?

Just whistle out the light, Jonathan.

JT, if I've ever experienced a major "WTF?" moment with you, that was really it.

Dodd, I think I'm going to start calling you "Scoop."

Dustin, the Hugo award candidate story linked takes the "grandfather time travel paradox" notion and does some astonishing things both for the characters and the reader. To take what was a roadblock or limitation and turn it into a resource is quite the accomplishment IMHO. I added links to the other two stories in case folks did not have the background to see how the theme has evolved over time in the literature. Using a card trick analogy - consider the progression from Hofzinser's Assembly to Peter Kane's Jazz Aces to that latest version where you wind up with just the four cards at the end.

Anyway it's about finding and offering astonishment to audiences, in this case to readers. And yes I am also arguing that your average person can find more magic in books these days than we do.
Mundus vult decipi -per Caleb Carr's story Killing Time

For someone who is as committed to magic creator's rights as you are, it is surprising to see you link to bootleg copies of copyrighted fiction so blithely.

Bill, you could have PM'd me about any links you felt were inappropriate. The Stross link is used as per his request. The others are from universities - assigned reading?

"blithely"... well that speaks to who you are via projection rather than yours truly.

At a guess this will wind up as an example of misdirection among magicians. Sigh. Sorry Doug- they still don't get it. No wonder.

Jonathan did nothing inappropriate by providing the links.

I lost my wonder over futurist fiction (and nonfictionthough I believe thats an oxymoron) many years ago. I cannot recall if it was after reading Make Room! Make Room! (Harry Harrison, 1966), a horrible book turned into an even more horrible movie which had absolutely nothing in common with the booknot even the title (Soylent Green was not people) or if it was Arthur C. Clarkes 2001: A Space Odyssey (1968)though I did enjoy its sequel, 2010: The Year We Make Contact (1984) which I found far less pretentious. I suspect that it was Harrisons awful book.

I really dont know why I find it all so wonderless, but I do. I used to love reading Bradbury, whom I met when I was a preteen, so long before I could possibly appreciate it. All I really remember was that he didnt drive a car, which I found quite strange at the time (since it was something I desperately wanted to do and here was this brilliant adult who happily eschewed the activity).

These daysand it actually started decades agoI find far more wonder in history; the more obscure the better. Perhaps thats because so many futurists have been proven wrong so often (though certainly not always), while historians can look back and say, What is happening now happened before; we should have learned from it. That is what makes me wonder.

Dustin Stinett wrote:Bill,
Jonathan did nothing inappropriate by providing the links.

What Jonathan did is a venial sin, at worst, and if it had been most people who had posted the links, I'd have let it go right on by. But I have a bad tendency to poke bears with sticks, and I need to watch that.

However, if magicians want to have their own rights respected at a level far beyond custom and law (what other craft or art proscribes describing each other's work, with credit?), then it should at least respect the well-defined legal rights of other non-magic creators.

I once saw a lecture at the Winter Carnival in Gatlinburg by a big name magician (you'd recognize him) in which he made a passionate plea for respecting the rights of magic's creators and performers. He then did a stage show with a soundtrack of current popular music. I asked him later what he had to do to get rights to use the songs, and he said that he just used them.

Just last week on the forum, I mentioned a Larry Jennings video tape that had Dave Grusin's music from the soundtrack to "The Firm" as background, without credit or copyright notice.

The lecture notes to another big name magician used to feature a fairly well-known drawing by Mad Magazine artist Jack Davis. Davis's agency was alerted, they contacted the magician, and now the notes are not illustrated. Supposedly the magician said "I just assumed it was clip art".

The one site gave explicit permission to create links to it and the others were public education sites.

As it stands, at 1:33pm 06/16/10 - it's a nonsense post. Exactly what some here like to believe I put up as the norm for my posts. Thanks. Kindly leave it be as it is now. Why act out what goes on in the Stross story here?

The story, for those who like to read, is titled "Palimpsest" and is available with the author's permission on the internet.
Mundus vult decipi -per Caleb Carr's story Killing Time
Post Reply
62 posts