The June Issue of Genii is Now Alive and Well!

The June Issue of Genii is Now Alive and Well! 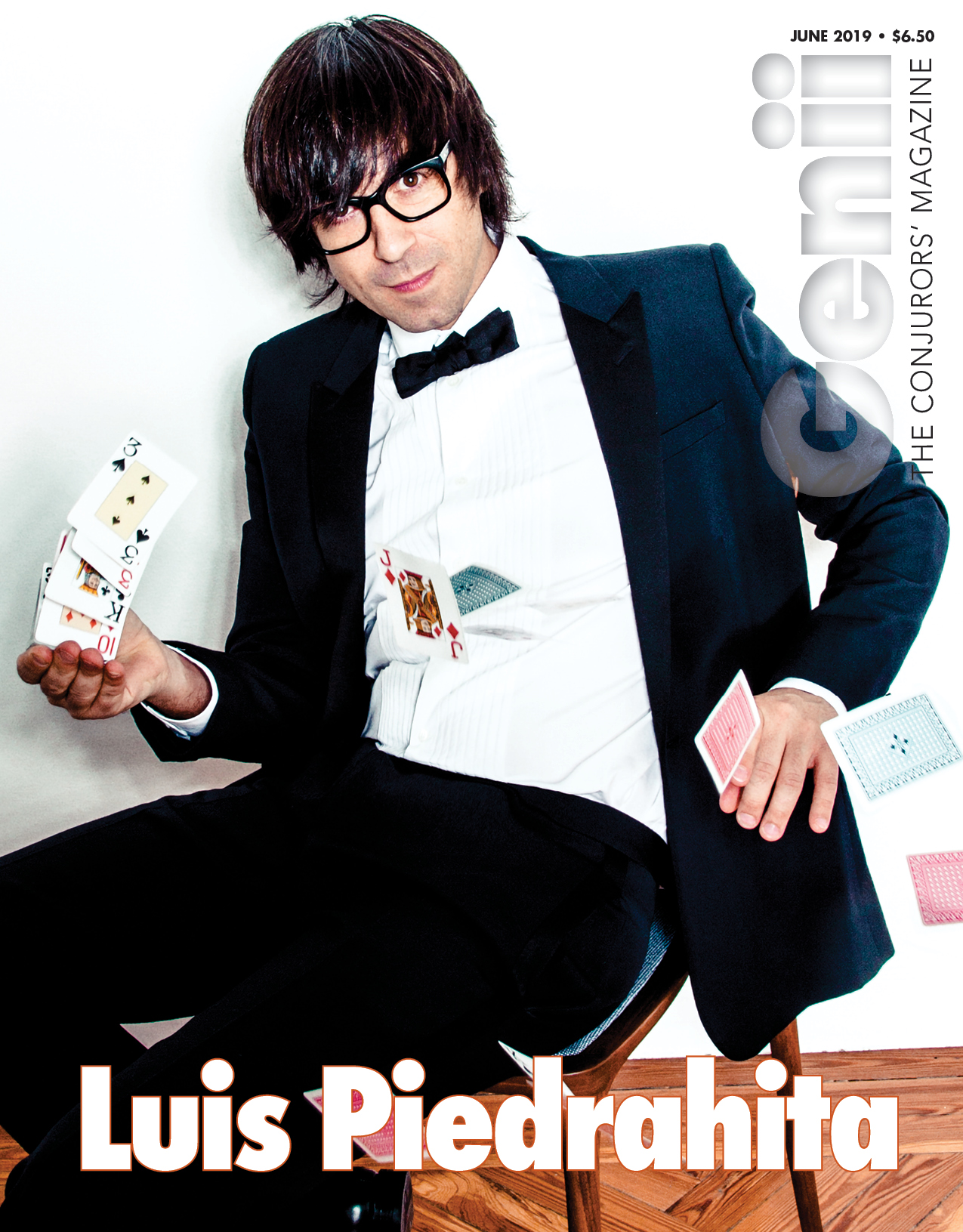 Subscribe, renew, or extend your subscription to Genii today and you can preorder the gigantic “Magicana” book written by Charlie Miller! http://www.geniimagazine.com

Many of you will not have heard of Luis Piedrahita, who is a household name in Spain where he has appeared on his own TV show for many years. He is also, somewhat unexpectedly, a standup comedian—and not unexpectedly he is known more for the latter than the former. Despite his varied talents, his abilities as a magician are not widely known in non-Spanish speaking countries. We’re going to change that this month with John Lovick doing the digging. If you read the digital edition of this issue, you’ll find many videos showing Luis performing amazing coin magic.

Re: The June Issue of Genii is Now Alive and Well!

by erdnasephile
THIS is what I've been waiting for! Piedrahita is the bomb and it's nice to see he is finally getting the Genii treatment.

Re: The June Issue of Genii is Now Alive and Well!

by Ted M
Piedrahita is indeed excelente and I look forward to reading the article.

Genii just ain't Genii without book reviews, but Kainoa Harbottle's reviews are worth waiting for. I hope for a double dose of book reviews next month.
All times are UTC-04:00
Page 1 of 1
Powered by phpBB® Forum Software © phpBB Limited
https://www.phpbb.com/