Discuss the latest news and rumors in the magic world.
Post Reply
92 posts

I noticed that too, dirty nails. I TiVo the dang thing and watch it later, the scripting and the host, who has returned to his nastiness, need a smacking.
Steve V

Steve V wrote: the scripting and the host, who has returned to his nastiness, need a smacking.

Biggest smack down that ol' Mitch P. could have is to appear in this crap fest.
( No real acting jobs coming in to pay the bills these days , Mitch, baby ? ) 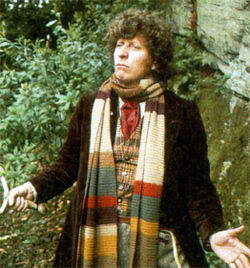 [size:11pt]Although not exactly on the cusp of the controversy over disclosure in that it was written by a Yale Law over a year ago; The page at the end of this link deals with Secrets Revealed: How Magicians Protect Intellectual Property without Law

Simply click Download and on the next page select of the three US download buttons at the top (The Stanford Law School button seems to be the fastest) and download the thirty-eight pp Adobe pdf of this paper.


This is the working draft to be published in LAW AND MAGIC: A
COLLECTION OF ESSAYS (Durham, NC: Carolina Academic Press, 2008)[/size]
It's not about the magic; it's about the daily box office gross.

As it happens that article and an earlier publication by Thomas Crowe esq brought up a few other issues.

Though neither of them focused on the impact of mass media in propagating a negative perspective.
Mundus vult decipi -per Caleb Carr's story Killing Time

Jonathan Townsend wrote:As it happens that article and an earlier publication by Thomas Crowe esq brought up a few other issues.

Though neither of them focused on the impact of mass media in propagating a negative perspective.

I agree with your final analysis in re. the mass media.

The footnotes were great. They ran the gamut from Seneca, Steinmeyer and 757 of The Restatement of Torts.

If the author would have included some footnoted material from Suetonius, Orville Wright and Marcel Proust he would have swept the awards.
I found footnote 52 interesting.

Here is one for you, Jon.
There is an error of attribution in his paper. He erroneously credits some information to [color:#FF0000][size:14pt]X[/size][/color] that was really an original paragraph from Robert A. Roth's 1997 dissertation, Directions And Misdirections In Magic Show Management : Herrmann, Kellar And Thurston In The United States, 1874 - 1936

A case of cold Moxies rides on your answer.

It's not about the magic; it's about the daily box office gross.

Sadly the producers and/or magicians involved with this show appear to be somewhat savy to the procurement of props. I was shocked to see that the DeKolta Chair Vanish that they exposed was a one of a kind custom prop that I had built by Steve Keeler back in 1994.

I sold it a few months ago on Magic Auction and then it reappeared a few weeks back. Apparently they got their use out of it and were trying to get their money back. When I realized who had bought it and was again trying to sell it I contacted Magic Auction and let Joe and Chris know. I see that it's no longer on the site.

Be warned - they're out there and they know where to get props.

Interesting to hear that Murray.

The show's producer claims that when they buy props no-one tells them they must keep the secrets. I guess if they are getting them from Magic Auction it makes sense.

The show's producer claims that when they buy props no-one tells them they must keep the secrets.

Just invites a court case which would put several nails in the coffin of some folks' delusion that one can buy magic secrets yet the data should be considered secret.

You do know that clapping your hands kills fairies, right? Or was that a secret?
Mundus vult decipi -per Caleb Carr's story Killing Time

If there was a provision of secrecy when buying a prop it seems the matter would fall under contract law making it extremely expensive to enforce. Buying a prop in New York and then exposing it in Los Angeles would mean suing a large corporation or production company across state lines, an expensive undertaking. The cost of enforcement would quickly outstrip any monetary reward, if the plaintiff prevailed, which is another question entirely.

The whole matter could be avoided if plans were bought and the props constructed by the production company.

David, it's even more difficult and expensive if the prop sold in a different country as is my case. It was built in the US, owned and performed for a decade by a Canadian and sold back into the US. Litigation would be impossibly expensive.

The sad thing is that it was one thing with a the original programs on TV, seen by several tens of millions back in the 90's, but now with this show it doesn't matter how many watch it on tv. It's going to live forever on Youtube, accessible by virtually anyone in the world. Imagine sitting in the audience watching a magician live as you're also on your iphone downloading the expanation from Youtube.

I have to admit I was close to tears watching my own prop being blown on tv. A prop that was constructed to perform on my tour to raise money for Charities.

Apparently the Masked Magician was on WWE Smackdown (Oct 31) and performed the Twister illusion on WWE Diva Maria.