by Steve Mills
I have the opportunity to spend a couple of weeks on Maui starting about June 1.

I see several shows on the Internet, but was wondering if anyone could give me a recommendation(s).

by BarryTX
I have seen the Jody Baran's Kupahana show at the Ka'anapali Beach Hotel several times and have never been disappointed. Jody and Kathleen do an excellent family-friendly show with a great variety of magic, from coins to cards to big stage illusions. This is family-friendly, but I don't mean to imply it is a kids show, it is not. The magic is top-notch and great entertainment for all. He also includes local Hawaiian dancers in the show, which I think is a great way to give back to the local community.

The Barans have been putting this show on for 10 years now and it started great and has only gotten better. It also comes with an excellent dinner - it is one of the best values for your entertainment dollar on Maui. Highly recommended.

by Lou Serrano
If you get a chance, check out Warren & Annabelle's Magic Nightclub. Go to their website and you can see who is performing. If you're there when Warren is performing, you're in for an incredible experience. All the other performers are wonderful, but Warren is the true attraction due to the thousands of performances he's done in his club.

The club itself is also a great experience, reminiscent of The Magic Castle.

I have to second Lou's recommendation. We just got back last week from Maui, where we saw Warren's show, and it was absolutely fantastic! Well worth it!

P.S. Keep an eye out for this, as well. I never heard from anyone that found it... 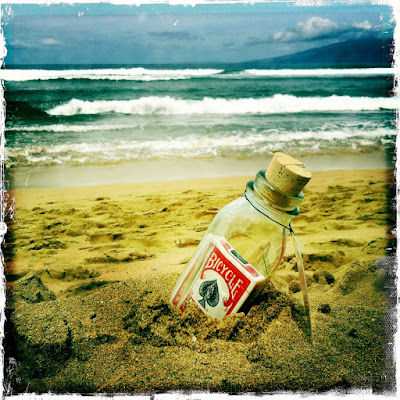 Thanks for the head's up. Fortunately Warren and Annabelle will be working while we are there. I've got reservations for their show and Jody Baran's.

by George Olson
We got a kick out of the picture they take as you enter the Kupahana show. My wife and I with my oxygen, shorts, and rotund belly levitating the co-star of the show. It's a riot! They also had Lauro R. Castillo, Jr. doing walk around during diner, quite good. He is now living in LA. The next day we met Greg Morland a close friend who was in port aboard the Princess ship he was working and tried to visit with the folks at W&A but no-one was around at noon.